17/03/2021 - 11:43 Scritto da Jude Jude 2
Carlo Castagna was born in Atri on September 15, 81, he began studying piano at the age of 8 years and then the guitar. In the early 90's he formed his first group influenced by Grunge, beginning to record on a multi-track tape his first new songs, to follow in other groups Punk, Postpunk, New Wave, Alternative Rock, playing only his own songs.
In the early 2000's he began to mix genres on his own, searching for his own style, his own musical identity and experimenting, merging sounds and genres recording them in his own studio, which over the years has become a real recording studio "Rabbits Recording Studio". To date, his projects are two "Jude" and "Project Monark" which differ in musical genres and of which he is the composer of the music and author of the lyrics, in the recordings he plays every single instrument except drums and percussion that are sampled, and producer of his songs.
Jude is a project that was born and of which is published the first Ep in 2010 "Blu-e", and others in the following years, all songs are exclusively instrumental and has a strong experimental character, the sounds range from Ambient music, Dark Ambient, Electro-Wave, Alternative rock, Dark Wave, Trip Hop, Electronic.
Meanwhile he is guitarist for about a year of the "Digos Goat" Punk Hardcore band that was born in 1983, collaborates with Edy Paolini singer-songwriter of Atri in two of his songs, and is guitarist of Loris Dali Songwriter of Turin.
In 2018, following some Ep, mostly published on Soundcloud and Rockit, begins a collaboration with Helen aka Lemonade, an artist of Korean origin, who lives and works in San Francisco, with whom he records and publishes "Shout" the first album of this collaboration, publishes two other ep of "Project Monark" the first is "Better Off Alone" collaboration with Samantha Hubbs aka "IT! "a singer from New Orleans, author and voice of the lyrics of an EP Punk, Post Punk, Alternative Rock, and another EP entitled E.P. 01 8 tracks where Carlo Castagna is also the author of the lyrics and voice of these.
With Lemonade continue to come out new singles, so as to decide to make a new album titled "Galaxies" which was published on the most famous digital store just a few days ago, Lemonade is the author of the lyrics and voice of every single song on these two albums. 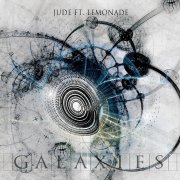 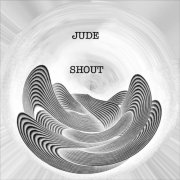