09/04/2013 - 13:41 Scritto da Julius Rossello Julius Rossello 0
Dj/producer/music reviewer, Julius began his career at the end of the 90s in the north Italy. After his appearance in party such as Subliminal Session, Made in Italy Ibiza, Ministry of Sound in tour, Syncopate, during the autumn 2003 he moved to London to make a new music experience. First Julius started working as a “UK hook” for Sound Division and Presslab Italian record label. From March 2004 started his residency at CODEX @ AKA (London). In
the 2004 he completed a Master’s degree in music management and communication at "IED" University in Milan. In the following years as well as carry on his residency at CODEX, Julius’ gig schedule has become more and more intense across London, Europe and U.S.A. From 2007 Julius become resident DJ at VERTIGO, the most famous Sunday night in London, that take
place at the Ministry of Sound, formerly at The Cross, and in the best venue around the capital. During the Miami Winter Music Conference 2007, Julius performed at La Cafeteria (Miami) and than in one special appearance at Sound Bar (Chicago).The building up carry on and in the 2008 Julius rocked the dance floor at Ministry of Sound for Globalundergroud, Rulin and Renaissance parties besides launching Bread & Butter, a new label and
producer showcase in the house and techno scenario that take place at The Private Room (London), Public Life (London) and Ministry of Sound (London) where from January 2009 is going to be a bimonthly fixed feature on the Saturday Session line up in collaboration with Steve Lawler’s Viva Music, Danny Howells and more to be announced soon.

2009 is seeing Julius approaching again the United States. where he will be playing the 20th March at The Loft (Minneapolis) and the 24th March at the “TKC Music and friends” at La Discotekka (Miami), official WMC event.

In 2008 Julius started working in recording studio and his productions immediately gets attention and positive feedback from DJs such as Ernan Cattaneo, Laurent Garnier, Pete Heller & Kamisshake. The track “Julius vs Slimboystwo” – Under pressure EP – Reverse mix on Presences Recordings has been played on many international radio stations. We want to highlight John Digweed’s Transition Show on Kiss FM and Joe T Vannelli’s “Slave to the rhythm” on the Italian leading network “Radio Deejay”,
where Reverse has been in the top 20 for 5 weeks. 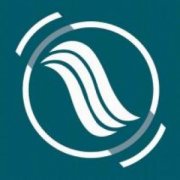