“A scintillating update on the future-rock formula”
- Mark Beaumont, NME -

“Their music is impressively commanding and luring”
- Indie Buddie -

As heard on the BBC Introducing frequencies with the singles "Lady Macbeth" and "Written In The Stars", the Brighton exuberant alt-rock three piece Dramalove mix guitar based rock with electronic angularity and darkly poetic lyricisms.

The two twin brothers Diego and Riccardo Soncin relocated to the U.K. some three years ago to make their dreams come true and they've quickly gained a dedicated following, thanks to their frantic and brief shows, after reaching the MTV charts and finals on the Italian X-Factor supported by Mika and Skin from Skunk Anansie.

Their release "Busy Saving The World" won them a slot in the "Best New Bands 2019" compilation by Classic Rock Magazine, after headlining Off The Record festival in Manchester and playing all across the Country, with performances at the Great Escape and Tramlines Festivals.

The sensitivity that Dramalove expresses in their music really resonates because of all the pings it sets off in the listener’s brain, each one hitting like a nearly erased memory.

It’s like Tim Burton and Edgar Allan Poe shaking hands while they are reborn as a unique Instagram rock star.

“I am a problem. I’m a loyalist to outdated ideals like mad and eternal love, a constant gardener of the messy patches inside the contemporary psyche”, frontman and songwriter Diego describes himself. “We’re all about wrong combinations. Stardom dreams and tragic love stories, rock’n’roll in the Brexit ages, dark and gothic outfits with an aggressive but stylish Italian attitude”. 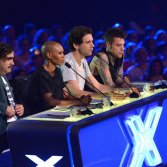 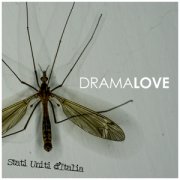