23/02/2018 - 16:32 Scritto da Marylebone [Lombardia] Marylebone [Lombardia] 0
The live debut has been the 5th March 1999 at “Velvet club” and,a few days later,they had another great show at "Black Out Rock club" getting a good feedback.It begins an intense live activity.On May 2000 the band makes a collaboration with “Consorzio Suonatori Indipendenti “ (C.S.I. ex Sonica Factory) recording a 7-tracks-demo at Studio-M of Calenzano (Florence). The product is sent many times by some roman and national radios and reviewed on webzines and magazines.During those years Marylebone is one of the first band in Italy to promote music through the "world wide web". In the 2000 they are among the first bands to co-operate for the foundation of a "roman bands coordination" “Polyester” with the purpose to divulgate the music of some brand new roman bands. In the 2001 the band records a promotional ep (Promo-2001) and it takes part to the "fifth edition" of the “Independent Labels Meeting” (M.E.I.) in Faenza where they have a “show-case”. During the same year the intense live activity is going on in clubs and taking part to some Italian summer festivals getting a good feedback.Meanwhile a lot of sound changes are done. A strong need to make something of concrete induces the band to decide for an “official” production.On February 2003 all the new songs are ready for what should be the debut record of the band: "Aut-automatico".The 13th of June the record is released during a live performance but a few mounths later the band decides to stop to play together becouse of several other reasons. For several years live performances are stopped but Dr. Even decides to keep the project. Between the 2006 and 2007 Dr. Even moves to London where he works and looks for contacts in "musical industry",meanwhile he begins to work on the new material.On March 2008 after his return in Italy he moves to Milan where he works and meanwhile completes the new work named "Invisible algorithm" out on June of the same year. At the moment Dr. Even is looking for a "booking agency" interested to plan shows for Marylebone. A new work is being recorded in three sessions and should be ready to be printed on February 2010. 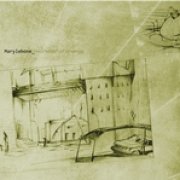