21/08/2008 Scritto da Nonlinear system theory Nonlinear system theory 3
Nonlinear are 3 clowns. In 2008 their debut album “Fourier’s Outrage” (Subsound Records) is out, promoted worldwide and described by well-known magazines and webzines like Rock Sound//IT, Papercuts//FR, Alternative//UK, Legacy//DE etc. as something hardly comparable to other releases. Thanks to this and to their fancy shows mixed with electronic and idiocy they travelled all around Italy and many other countries. Nowadays they’re promoting the new album "Sei Mejo Te" (June, 2010) on radios, mags and webzines worldwide, and touring Europe (Italy, Spain, Croatia, Slovenia, Belgium, Netherland, France, Romania, Germany, Austria and more), also performing at great openair festivals. With the constant support of Subsound Records, Narcotica Promotion, important distributors all around the world like Al!ve, Goodfellas, Code 7, Robotic Empire and many many other independent realities, Nonlinear project is always evolving and being considered by fans and critics as one of the most interesting acts from Italy. 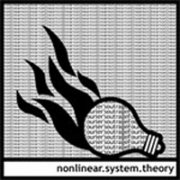