The AD is a Roman electropop duo that takes its name from the initials of two words " Analog" and "Digital" .
The soul of rock Allegra united to beat Daniel gave birth to a
musical project very special thanks to a strong rhythmic effect , " the marriage between the voice of a human and the heartbeat of a machine" .

The fast pace and suggestions voice are woven into their electronic sound , fresh and unexpected . The songs infect the listener with hypnotic melodies and drag us deep, emotions and forgotten places through a hyper- futuristic filter . The vocal and compositional structures have a strong impact . The urgent need for social change and evolutionary permeates their music.
With an eye to the future with pleasure AD using minimal rousing rhythms that make us dance in which the energy becomes palpable. Such are the characteristics of the Roman duo became the capital one of the most watched news . When you create , this spell becomes so prodigious that seems written in the stars , as their motto says " THEIR SOUND IS WRITTEN ON THE STARS .

Allegra and Daniel are trying to go beyond the common form experiencing the sounds , the way to approach the audience with their live and in the drafting of the texts. Experimentation pc , iphone and synths and lyrics with themes never predictable .

October 12, 2012 for RAI- publish AMARCORD SYNTHETIKO their first album , which contains 12 tracks unique in their kind .
The album was very well received by critics.

The AD are preparing for their summer tour that will take them around Italy and Europe. 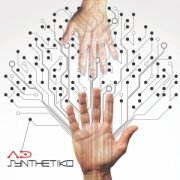