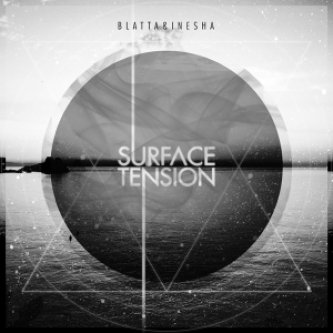 In a small village at the foot of Mount Etna in Sicily, Dario Blatta and Ignazio Inesha have spent the last twelve months locked away, utterly devoted to their magnus opus: Surface Tension. As if channeling the volcanic heat directly into their productions, this stunning debut is Blatta & Inesha's love letter to techno.

It's a life-long love affair that has become an obsession for theses two extraordinarily talented Italian producers. The progeny of this addiction is their first LP they have achieved a remarkable feat; crafting a dance record which is as captivating on your headphones as it is hypnotic on the dancefloor. The first single to be taken from the album is ‘We Don't Know’, a peak-time acid techno stomper which has already become an online hit since it's exclusive launch with Vice Magazine in late May 2013.

Hailed by XLR8R magazine as the "Italy's top party rockers" Surface Tension explores Blatta & Inesha's journey to where they are now, through techno, electro, rock & roll, turntablism and Italo Disco. Featuring collaborations with Keith & Supabeatz (Mad Decent, Southern Fried), Fare Soldi (Kitsune) and Nickel (Banggang), for us at Bad Life this album is a worthy addition to the roll call of all-time great dance albums.

From it’s club-alighting moments 'In The Air' and 'Ghostbusters' to the beauty of 'Staring at The Sun’ (a remarkable cover of the TV on the Radio), it's an album which works on so many different levels; a shot in the arm for the dying breed of electronic albums.

A string of EPs on Dim Mak, Kitsune, Lektroluv, Mental Groove, Bad Life and Crux have seen Blatta & Inesha notch up the support of the BBC Radio 1, DJ Mag and Mixmag as well as garnering them mammoth amounts of love from the world's biggest DJ's. Their never-ending world tour has seen them play to packed clubs in all corners of the globe and continues throughout Summer 2013.