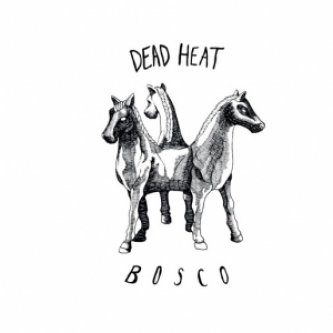 The trio, formerly known as Esperanza, counts deep psychedlic influences (among others) as a significant factor in their well developed sound. Here they present two original tracks which frame two sides of an idea, a ying and yang of a raw and emotional journey across a modern alternative landscape with nods to the indie and alternative music of decades past.

Bosco is the darker of the two with a powerfully raw and driving bass that sounds like a modern day Morphine set on a Blade Runner-esque backdrop. Paired with a haunting and plaintive vocal it’s an impressive force they make — which makes the beautiful guitar and piano that come in towards the end all the more impressive in their counterpoint.

Remixing Bosco is Berghain resident and techno producer extraordinaire, Lucy. Here he takes the track to even darker and deeper territories as he creates a fine piece of well crafted techno that keeps elements of the original but twists them well to make them his own. Just what you might imagine hearing deep in the bowels of that Berlin insitution.

The Dam is the yang to Bosco’s yin with a lighter more hopeful sound but with no less emotion wrapped inside. Here the piano and guitar takes the foreground earlier, to be later framed by a chugging bass and atmospheric synths that work together to create a blissful musical trip.

Taking remixing duties for The Dam is The Field, the project of talented Swedish musician Axel Willner. Mixing sonic soundscapes and classic songwriting, his take on Dead Heat’s original is an impressive slice of both. A truly elegant interpretation of the original that stays with the listener long after the last note has sounded.