Their main stylistic reference is post-punk music from the 80es, elaborated with looped guitars and synth phrases, all combined into a psychedelic mood.

Active since 2009, HIA released their first self-titled EP in 2010, for Mad On The Moon. The same four tracks were then remixed in 2011 by KrimeaX, Simone Fedi, Billy Bogus, Hells of Love, in a second EP for the same label.

After one year spent writing, arranging and producing new material, in november 2012 is now planned the release of their first full album, Open Ending, produced by Emanuele Battisti with Holiday in Arabia, published by the Paris-based electronic label Baffo Music, and distributed in Italy by Audioglobe and in Europe by The Orchard. 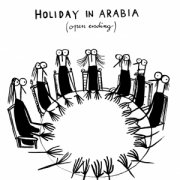