26/03/2014 - 16:05 Scritto da 1000 Degrees 1000 Degrees 0
1000 Degrees
Francesco (Guitar/Vocals), Gabriele (Guitar/Vocals), Romeo (Drums), Federico (Bass/Vocals).
1000 Degrees is a project born in 2008 in Genova, Italy.
After recording a 4 song E.P. called “A Little Beat Faster” in 2010, Rodrigo switched from drums to guitars/vocals and Romeo and Federico were recruited on drums and bass.
In 2012 they recorded “Has Already Past”, their first album, published by the Italian label IndieBox, promoting it with two official videos for the songs "Orso Grigen" and "Shelter".
The album received numerous positive reviews and the band had the chance to make a name for themselves in the Melodic HC scene, with shows all across Italy and supporting bands such as Pennywise, A Wilhelm Scream, This is a Standoff, Mute, Atlas Losing Grip, Belvedere and others booked by IndieBox.
In May 2012 they toured Ukraine and Russia receiving great feedback and releasing a video tour diary for the song "Hoping for Better Times"
In December 2012 Rodrigo left the band and Gabe took his place.
In February 2013 the band bagan a European tour that led them across Germany, Belgium, the U.K., Czech Republic and Spain. During the rest of the year they kept playing shows all around Italy and started working on new material.
They recorded their second full lenght album, "Back to a New Way", in January 2014 and will be releasing and promoting it in spring, following with a Russian and Scandinavian tour in May. 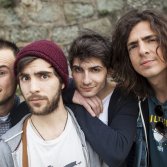 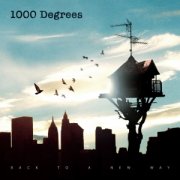 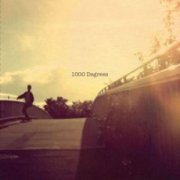