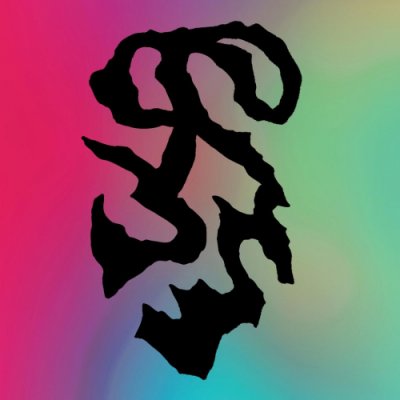 Rainbow Island are an interdimensional-psych band based in Rome, Italy. Crystal Smerluvio Riddims is their second LP following their acclaimed debut RNBW, released in 2012, two cassette releases and their participation in the Interdimensional Folklore Vol. I compilation release by the Milan Communion collective in late 2016. They are a prominent voice in the Italian psych underground and in the Rome psych community that gravitates around the DalVerme club, the Thalassa festival and bands such as Mai Mai Mai and Heroin in Tahiti.
Rainbow Island explore interdimensional territories and frequencies coming from distant universes and unchanneled frequencies. Their sound brings together elements of electronics, psych-space rhythms and temporal explorations. RNBW was meant to be the inauguration of the project and the launch of the journey to the unexplored Bongolandia, while Crystal Smerluvio Riddims is the continuation of the exploration, brought to a more mature and conscious level. In this new album Rainbow Island’s futuristic psychedelia meets dub and primitive rhythms.
Crystal Smerluvio Riddims is released jointly by Flying Kids Records (FKR) - FKR also released Rainbow Island’s first album RNBW in 2012 - and the Rome-based NO=FI Recordings, that already worked with Rainbow Island in 2013 for the tape Road to Mirapuri. The graphics project for the new album has been curated by multi-artist Canedicoda, who is also responsible for the experimental project Ottaven.

Let The Bell Wake Up Your Troubles11 tracce