25/04/2018 - 12:39 Scritto da COLLO COLLO 0
CoLLO's story began in the middle of nowhere, when Giacomo aka the Leader decided to create a new band to rock with down to electric avenue. At first he was a lonely guitar player, bringing his own vision troughout the whole country, but he soon realised that he was in need of some buddies. So he started by searching the first one and, after a long trip, he met Fabios, a weird guy well-known cause of his innate ability consisting in duplicating himself in a lot of copies or substitutes.

"I'll need your ability." He said and they both knew that a strong relationship was formed there.

"Yes" Answered 8 hundreds fabios "I can duplicate myself a lot"

"This isn't even my final form."

So fabios joined the trip, the band, and everything related to, cause he was already a good drummer and a friend, but what was going to happen then? wich and how many challenges were they going to stand in order to find the final element of the band?

Everything seemed ok, but Giacomo wasn't aware of the obscure past above fabios: his family was murdered by an unknown evil man and his plans included research and delete him, finally take revenge for his mutilated family.

Actually, there were no challenges: destiny soon brought 'em to meet Enrico, codenamed the Elephant. He was a bassist, but he didn't have no instrument.

"Remember: I can break your neck like a chicken's"

"I come with you"

So, the band was formed. But still: what is going to happen to those guys?Will friendship win over personal differences and interest?
Specially, will fabios succeed in taking his revenge, or he'll be took down by evil forces? And what place occupy CoLLO affairs in all of this?

Of course they didn't know 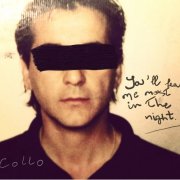 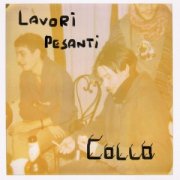