24/10/2013 - 09:40 Scritto da Pola Pola 5
Pola is Tazio Iacobacci, a composer and songwriter based in Catania. He began in the early ‘90’s as a drummer for ‘Keen Toy’, realizing an LP for Indigena Records, several compilations with bands of the Italian indie scene and touring as support act for bands as Unwound, Girls Against Boys, Bedhead, Three Second Kiss, Uzeda.

At the same time he developes his interest in composing music shifting between acoustic and electronic soundscapes. In 2001 he starts his activity for theatre, composing the original music for “Luna D’agosto” a work by Fabrizio Bordignon e Franco Conte and “Eppure Europa” by Paola Greco e Davide Crimi. In November ‘01 his composition for sextet “Rachel” is selected for the Contemporary Music Festival in Rovereto esecuted by the “Renato Dionisi” chamber ensemble.
Tazio creates soundtracks for Italian dance-theatre performances like “Die Mauer – il Muro” by Valeria Geremia and “4 Caminos” by Motomimetico, performed in Catania and Rome in the winter 2002. In the 2003 he also carried out installations for the International festival “Mappe” and for “Svendita Fallimentare” by Majazè.

For his original way of combining electronic and minimal songwriting he’s been asked to join productions like Songs for Ulan, Cesare Basile, Marta Collica
Actually he plays with ‘Tellaro’, a slow-core band signed to 2nd Records, based in Hamburg
Another Tazio’s project is Feldmann, runned with Massimo Ferrarotto (Puertorico-Loma). Mainly It’s a guitar duo and the musical approach is close to american indie-songwriting style.
In 2004 Pola has been selected, as Italian representative project, to play the live performance at the electronic international music festival “Distorsonie” in Bologna. Actually he's working on the third Pola's release.

Iròi, Where You Were Now in download per la 24 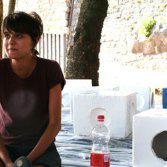 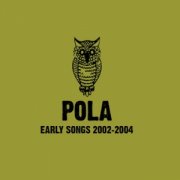 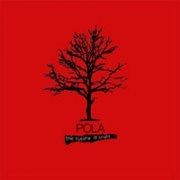 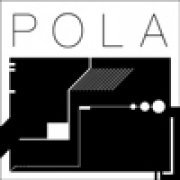