In the early 80s the GREAT COMPLOTTO and its bands caused an earthquake that made the city known throughout Italy and above.

Bands such as TAMPAX, HITLERSS, ICE AND THE ICED, just to name a few, are still well known in all the minds of the older (and not only) fans of this kind of movement.

Slang for Drunk was born in that city, after the meeting between Sbando, Captain Facca and Truant in 2006.

To associate them to the Great Complotto would be quite a forcing. Too many years and too many things have passed and changed to feel to be part of it, but they could be considered as a new branch of that world, sharing the same passion and beliefs, made of distorted guitars and provoking messages.

During 2007 the band changes several line-ups till the arrival, in early summer, of Snoopy on drums and GG on guitar.

This one seems to be immediately the right formation due to the harmony and friendship that rises between the quintet.

Their sound is in a continuous evolution, for that reason is hard to put it into context, but it can be described as a mix of Punk '77 and Rock and Roll, enriched with some Garage influences, details that combined with a strong and raw voice and a great passion and pride they put on their music, make them a band quite different from the traditional scene.

Anyways, their strong point remains the live exhibition, a true safety valve for their mad energy. That turns itself into shows full of energy and always on the go.

In their concerts there are all the genuineness and the sweat that must be expected in Rock and Roll.

Besides they have had the opportunity to take part to a documentary about their city too, in which is shot on purpose a live performance of the song "Life in Death".

In summer 2009 they succeeded in recording their first self-produced EP named "Slang for Drunk - 2009", containing 4 tracks, whereof the last one of them is a variation of a previous recording dated 2007. That job obtained an unexpected success, so that it has been necessary to integrate the first print of 300 copies with another one of 200 more.

The Demo has had a very positive feedback on the web too, getting an high number of listeners on Social Networks as Myspace and reaching with the track "I must be Ignorant" the TOP 10 of the chart on the American Website OURSTAGE.COM between more than 1000 songs (March and April 2010).

In late 2011, after months of work, the first Full Length is finally ready. "I Love the Tradition", that's the title of the album, is composed by 14 tracks fired in just over half an hour.

It has been recorded and mixed by Ivan Moni Bidin and Fabio D'Amore at Deposito Giordani in Pordenone (Peppino Impastato/Artesonika studio) and mastered by Nico Odorico at Angel's Wings Studio in Santa Marizza (Udine).

Now the band is working on new material for the second album and is planning a tour around Europe (shows soon available), which will end in August 2013, when they will performe at Rebellion indipendent music festival, in Blackpool (UK) 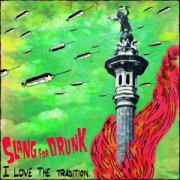 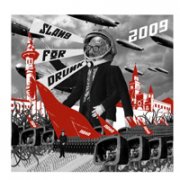