Biografia Ze In The Clouds

Born near Milano at the end of the last millennium, from a very young age Ze attracted the attention of promoters and artistic directors of the new avant-garde scene linked to jazz and electronic music.

During the last two years he started working more on producing and composing his own new magical world (also collaborating with italian rap artists like Willie Peyote, Mistaman).

JazzMi and Jazz:Re:Found, the two most influential Italian festivals focusing on this kind of meta-artistic concept, immediately understood the potential of his amazing talent, showcasing him in their lineup.

Jazz:Re:Found, captivated by his unique and inimitable style, also decided to reward his genius by inaugurating the catalog of the new label "Time is The Enemy" with his debut album.

Recensioni su Ze In The Clouds 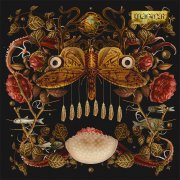